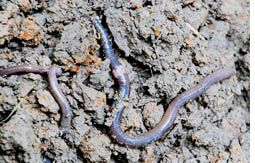 there has been a long-standing debate on whether organic agriculture can ensure global food security. Even some advocates of organic are not sure about this. A recent study claims organic farming can produce as much food as chemicals-based farming does.

Catherine Badgley and Ivettte Perfecto, researchers from the University of Michigan, conducted the study that was published in the journal Renewable Agriculture and Food Systems (Vol 22 No 2).
Going about it They analysed globally available data on food production, including statistics of the Food and Agriculture Organization, on patterns of food production and agricultural land mass in 2001. The study also analysed data by a slew of other researchers.

Badgley and Perfecto employed two models to analyse the differences in organic and chemical farming. The first model analysed data from a global perspective; the second distinguished between developing and developed countries. Their analysis suggests that a shift to organic farming in developing countries can produce 80 per cent of the present yield. In developed countries, it can match up to 90 per cent of the yield. Comparing organics The debate over the efficiency of organic farming to feed the world has arisen as experts often compare organic agriculture in developing countries with resource-poor subsistence farming. The Michigan duo says this comparison is uneven