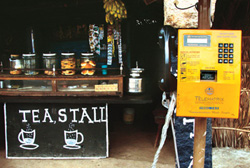 Should we feel comfortable with the latest government claim that unemployment is coming down? The government says unemployment has come down due to growth. During the 2006-07 budget, finance minister P Chidambaram reiterated that growth rate must go up further for unemployment to go down.

Development economists and government agencies like the Planning Commission, on the other hand, say the low unemployment rate hides a much more acute crisis in rural areas. According to them the trend of increasing self-employment is pulling the unemployment figures down. But self-employment is not necessarily a positive indicator of the rural employment scenario.

According to the National Sample Survey Organisation's (nsso) 61st round of nationwide surveys, the unemployment rate has come down as more and more people are becoming