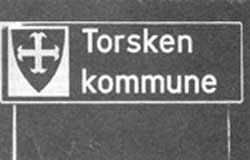 The Barents Sea recently became the epicentre of a major showdown between Norway and Iceland. In a dramatic assertion of their country's fishing rights in the area, Norwegian coastguard vessels cut free the nets of 4 Icelandic trawlers and fired a warning shot at another off Spitsbergen island. Although the 5 Icelandic boats promptly beat a retreat, the incident underscored the galloping fraying of tempers over access to diminishing global fish catches.

Norway has taken offence at Iceland's blatant violation of the unilaterally-declared exclusive fishing zone 321.8 km around the island and surrounding the Arctic archipelago of Svalbard. Norway has sovereignty over the islands, under a 1920 treaty signed by 40 countries.

According to Financial Times, Norway's foreign minister, Bjoern Tore, warned Iceland that his country would take whatever measures were needed to prevent such intrusions in the future. Iceland's response was equally severe: David Oddson, the country's prime minister, declared that Norway's action was illegal and threatened to take the case to the International Court of Justice in the Hague unless a suitable solution was worked out by the 2 nations. Prima facie, Iceland does not seem to have much of a case. The country does not have any cod quotas or fishing rights in the region to which it can stake claim. Only Norway, Russia and members of the European Community (EC) have fishing rights here.

Closer to the Arctic, Canada has raised a storm by cracking down on foreign fishing vessels, mostly European, even if they operate outside its 321.8 km territorial limit. In its zeal to protect its salmon stock, it has raised the hackles of the US by charging American fisherfolk $1,080 for entering its waters, even if they are en route to Alaska's fishing grounds (The Guardian). Canada, however, received the support of the governors of the New England states of the US, who are anxious to protect severely depleted fish stocks. Rhode Island governor Bruce Sundlum, said, "You've got to go beyond the limit and clean out those foreign vessels."

A certain degree of desperation seems to have triggered Iceland's latest intrusion into the waters off Spitsbergen island. Fishing accounts for 80 per cent of Iceland's export revenue. Overfishing has, however, steadily depleted its cod population. According to The Guardian, domestic cod catches have shrunk alarmingly from an all time high of 400,000 tonnes in 1987 to 155,000 tonnes this year. Iceland's hunt for new fishing grounds has, therefore, become particularly acute.

Norway was also locked in a confrontation with Spain over the latter's claim that it has "historic rights" to fish in Norwegian waters. Spain's foreign minister Javier Solana even threatened to veto Norway's entry into the EC unless his country recovered its rights. Ultimately, the Community narrowly averted a crisis by giving Spain the right to catch 8,000 tonnes of fish elsewhere.