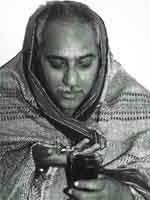 studies have shown that when some common blood pressure-reducing drugs are taken with the juice of the grapefruit, the impact of these drugs significantly increases as compared to the conventional way of taking them with water. There are other drugs besides the blood pressure ( bp) regulators that are affected by the grapefruit juice. They include some common and potent ones such as Plendil (felodipine) and nifedipine for high blood pressure and heart disease, Deldane (terfenadine) for allergies, Sandimmune (cyclosporine a ) to prevent rejection of transplanted organs and Invirase (saqinavir) for treating aids .

Unlike many drugs that are directly absorbed by the intestine into the blood stream, these drugs are first broken down by an enzyme called cyp 3 a in the walls of the small intestine. Now, Paul Watkins and his colleagues at the Department of Internal Medicine, University of Michigan, Ann Arbor, usa , report that grapefruit juice removes large amounts of this enzyme from the intestinal wall.

When a certain amount of the enzyme is inhibited, the drug is not broken down instantly. And most part of the drug remains present on the wall of the intestine, which is absorbed into the blood stream over a longer period. In this case, the patient requires lesser dose for enhanced and long-term effect.

The researchers postulate a new mechanism by which all such drug substrates are spared for their intended actions by the inhibition of cyp 3 a in small intestine. People between age group of 18-65 years were supplemented with 240 ml of double strength grapefruit juice along with the drug. The specific chemicals in the juice called furanocoumarins or psoralens functioned like