To mine or not to mine 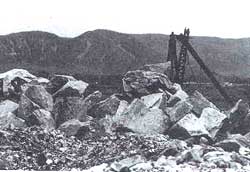 Just as environmentalists and the authorities thought they had finally Written the epitaph for miners in the Sariska Tiger Reserve (STR), its spectre Has come back to haunt them. According to Ashok Kamar, advisor to the Ministry of environment and forests (MEF), as many as 45 mines, ordered closed by the Supreme Court on April 8, have been reopened. The owners of about 200 other mines have also decided to reopen their units.

The reopening of the 45 mines and the proposed reopening of the others has prompted Rajinder Singh, director of Tarun Bharat Sangh - the organisation that had petitioned the Supreme Court to stop the mining - to build up a case of contempt of court.

Mineowners are banking on the acceptance of a state government proposal to denotify the land on which these mines are located and so remove it from STR. In lieu, the state government would transfer an equal amount of land to STR. MEF will examine this proposal and submit a report to the court by July 8.

Meanwhile, in a bizarre twist to the tale, a mineowner has petitioned the court declaring he was not liable to pay fines to the Indian Bureau of Mines, which was to conduct an inspection of his mine. The owner has contended that as his mine was closed because of the court's orders ' he should not be fined. The court has, however, refused to admit his petition.