Near but not dear 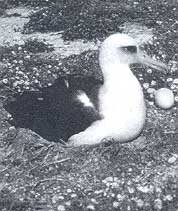 A THREE-YEAR study conducted by the World Wide Fund for Nature-International for the Environment Protection Agency (EPA) reveals that sea birds inhabiting the Midway Islands in the,north Pacific have concentrations of persistant organic pollutants ajhigh as those in the birds found around the shores of the Great Lakes, North America .(Environmental Science & Technology, Vol 30, No 1).

The chemicals had earlier been detected in high concentrations among birds of the northern hemisphere, but this report is the first to indicate that global atmospheric and cycling processes (largescale wind circulation over most of the earth, responsible for maintaining the different climatic zones of the world) can disperse high levels of contaminants even to remote tropical regions far from the area of origin. It was found that concentrations of polychlorinated biphenyls (PCBS), dioxins, furans, and other dioxin-like chemicals were as high as 124 picograms (one picogram, = I X 10-1.2 gm) which makes these toxic equivalents. According to John Geisy, a toxicologist at the Michigan State University,'us, "Our research indicates that the environment is at a threshold. There is no more assimilative capacity. Any TCDD (tetra Polychlorinated dibenzo para-dioxin) - like pollutant added now, will push it above the limit and produce adverse effects."

The research team studied two marine bird species - the black-footed albatross and Laysan albatross. Concentrations of the above mentioned chemicals were measured in the eggs, tissue and @lood samples of the birds. Present and historical population data on the birds was also studied. In the Great Lakes and other areas, high levels of expos6re were found to have seriously affected the reproductive potential of several species of birds, and this has consequently led to a decrease in their populations.

The reproductive progress of the birds was monitored by examining a rather large sample of 500- 1,000 eggs of each species. It was found that the black-footed albatross hatched eggs 2.5 per cent.lesser than the Laysan albatross. The albatrosses were chosen for the study as they mate for life, return to the same nest each year and do not fear humans.

Concentrations of the contaminants were found in their blood and the resulti obtained were compared with'the doseresponse relationships (the calulation of a measure called the lethal dose (LD) 50, wherein @O per cent of the animals administered a certain dosage of the test compound die within a predetermined length of time) in other birds. It was found that the total toxicity burden (the amount of toxin borne by an animal) on the black-footed albatross was twice that of the Laysan albatross. The lower toxicity burden found in the case of the iAysan albatross saved its reproductive capability from being adversely affected.

This difference in the levels of exposure to pollutants, according to the researchers, is due to the dietary habits of the two species. Though similar in nature, the Laysan albatross eats squid while the black-footed albatross eats - besides squid - flying fish and its eggs, which, are more than half a trophic level (in the food chain) higher than the squid. Thus, accumulation of contaminants in the food chain would result in their increased concentrations in black- footed albatrosses.

The results obtained from the study came as a surprise because the birds of this region were specially chosen for inhabiting the relatively pristine environment. This just confirms the theory that pollutants cannot be confined to one region, and that their effects can be felt on a global scale.