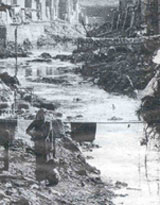 THE Union ministry of environment and forests has finalised a strategy for the formulation of a Waste Minimisation Circle (WMC) consisting of industrialists in a particular region to encourage them to share information on economically-viable and efficient waste reduction systems.

The modalities for forming a WMC are based upon the experience gained from Project Desire, a United Nations Industrial Development Organization-sponsored waste minimisation project in industries in Surat, which was carried out by the National Productivity Council (NPC) and the Confederation of Indian Industry (CII). The project, which commenced in March 1993, concluded last month.

The project was triggered by a small initiative by Chittaranjan Desai of Paradise Textile in Surat. Says R Srinivasan of the CII, who worked on the project, "After its humble beginnings, the waste minimisation project has led to the substitution of over 75 hazardous chemicals being used predominantly in the textile and dyeing industry in Surat. At the behest of Desai, industrialists decided to share the information about and the measures to be taken to control waste emanating from their units."

It was the dull vision of money going down the drain that prompted Surat's industrialists to bury differences. Desai told Down To Earth, "Following years of reckless dumping of waste containing highly toxic substances like cadmium, cyanides and mercury, groundwater in the city has been rendered totally polluted. This started having its telling effect when the textile industry, which requires fresh and clean water to wash fabric, had to buy water from outside sources at exorbitant prices."

Desai got together some industrialists of the area and broke the old system of being secretive about information on how they operate their factories. Srinivasan adds, "The textile and dyeing unit owners realised that a lot of dyes were being discharged from the units as waste. Thus an exercise to reduce waste to save the amount of dyes used was commenced. This financial incentive has clicked among the people of the area."

The industries, realising the danger posed by the indiscriminate dumping of waste, initiated a share-the-waste scheme. Says Srinivasan, "Waste from an industry can be the input for another. An exercise has already begun to identify industries that can use waste from units as inputs."

Says Desai, "If the industry has to compete at global levels and sustain itself within safe parameters, such initiatives have to become the order."