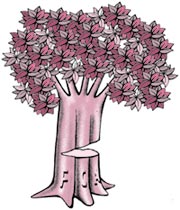 the period between 1999 and 2003 has seen a sudden spurt in the diversion of forestland for non-forestry purposes. A recent collation of data of the Union ministry of environment and forests (moef) spotlights this retrogressive pattern. The Atal Bihari Vajpayee-led coalition has also held the reins of power at the centre since October 1999.

It has been found that subsequent to the enforcement of the Forest (Conservation) Act (fca) in 1980, the average land diverted annually for non-forest uses decreased from about 150,000 hectares (ha) to approximately 35,000 ha. But such change in land use has again risen to 95,500 ha per annum over the past four years.

According to moef, about 847,000 ha of forestland was used for 10,118 projects from 1980 onwards. These tracts were mainly utilised to regularise eligible encroachments, conduct mining operations, lay power transmission lines, and construct hospitals, hydel power plants, irrigation systems and roads (see table: Change in land use). As many as 3,476 projects were cleared during 1999-2003. They covered 382,000 ha