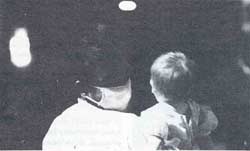 ONE full month after the medieval scourge ran through India, Yersinia pestis, the plague bacillus, continues to elude the army of experts who toured the epidemic hit areas of Maharashtra and Gujarat.

Experts have only been able to isolate "plague-like bacilli" during serological tests from the blood samples collected in Surat. The lack of hard scientific explanations from premier research organisations like the National Institute of Communicable Diseases (NICD) makes one doubt the basis of claims that the epidemic is tiring itself out, especially because the institute has yet not initiated an epidemiological study in Surat.

The delay in the segregation of Yersinia pestis is fast becoming a cause for concern among the doctors, who anticipate a return of the epidemic. A senior doctor with Department of Community Medicine at the All India Institute for Medical Sciences, which had handled some cases of pneumonic plague in Delhi, said that it was important to conclusively isolate the strain as only then will doctors be able to determine its antibiotic susceptibility by pattern- testing the sensitivity of various drugs against isolated bacillus.

Rajiv Gupta, a senior resident with the Surat Civil Hospital, says, "Isolation of Yersinia pestis is crucial because in case the bacteria develops resistance to tetracycline capsules which have been distributed in lakhs in a city like Surat, doctors can develop other lines of antibiotics. If this does not happen, the treatment exercise may be rendered futile."

The NICD maintains that the isolation of the bacillus is a slow process. The institute had collected several blood samples from Surat and some in Delhi. The serological report of samples from Delhi is also awaited. Experts at the institute claim that the delay in the isolation of the bacillus from the Delhi samples was due to the prophylactics that several patients had already started taking.

While the NICD and the Pune-based National Institute of Virology drag their feet before declaring that the disease was indeed the plague, the visiting head of World Health Organization, H Nakajima, was convinced that the disease was pneumonic plague after observing the samples and the test results at the NICD.