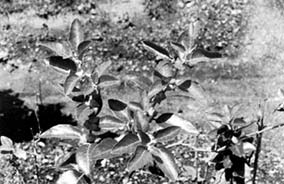 The ongoing medicinal plants patent controversy has another entrant: ashwagandha (Withania somnifera), a plant that is widely recognised for its medicinal worth and commonly found in India. A study conducted by the Patent Facilitating Centre of the New Delhi-based Technology Information Forecasting and Assessment Council, verified that in the past five years more than 12 patents have been conferred by the us Patents and Trademarks Office on findings centred around ashwagandha . The companies, who have been granted the patents, say that they have taken the plant extracts from many places, including the Himalayas. The study also states that non-resident Indians own most of these companies and the Indian government is not even aware of these patents. Ashwagandha is a versatile medicinal plant, the roots of which are used for preparing drugs for many diseases such as arthritis. For example, Sabinsa Corporation, an us-based company, is using ashwagandha as a bioenhancer, a chemical that ensures better availability of the active drug ingredient in the blood.