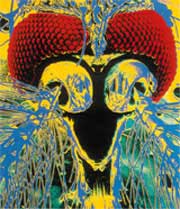 from 2.2 million cases in 1993, the incidence of malaria in India has grown to more than 3 million cases in 1997. And, it is still growing. Even as you read, the malaria parasite is developing resistance to the latest drugs, having already taught its genes how to digest earlier ones. Mosquitoes are finding it increasingly easier to deal with the most recent chemical sprays, which are in any case very dangerous to the environment and human health.

When the resistance problem rose dramatically in the early 1980s, two premier organisations under the Indian Council of Medical Research ( icmr )