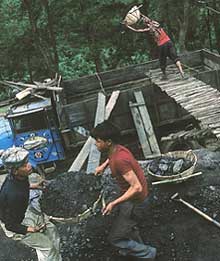 It stems from a public interest litigation filed by T N Godavarman Thirumalpad in 1995. In December 1996, the court ordered there would be no timber-felling unless the forest department made a working plan for forested regions, demarcating areas that could be logged. Also, no trees at an altitude of 1,000 metres in the Himalayan states could be cut. In 1997, the apex court banned the transport of logs from India's northeastern states, and ordered the closure of all unlicensed sawmills and wood processing plants, forbidding states to allow new ones.

In 1998 came another order. Now all working plans for all forest divisions were to be prepared by state governments and centrally approved. Significantly, it was clarified that