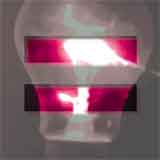 there are several hurdles in the way of the efficiency revolution. Individuals are not easily convinced and governments even less so. The Factor Four concept may also attract many critics. The world of business is governed by the profit motive. These examples may, at face value, run counter to market expansion. Shrinking turnover may repel rather than attract capital. So why should anybody invest in research and development?

The efficiency proponents counter that the gains lie in doing away with the nonsensical concept of turnover. World over, business has veered away from a preoccupation with turnover. The concept of the lean and profitable firm recognises that what matters in the end is not total revenue but the bottom line (net profit).

Better lighting, more efficient refrigerators and vehicles, and office furniture are all profitable. Investments in them will pay off after a certain period of time.They will have to compete for scarce capital with other established and hence more acceptable investments, which might not be easy initially. As the report says, "Capital typically has found and will continue to find it much more profitable to invest in the expansion of resource use and to increase labour productivity".

Moreover, one of the biggest impediments in creating resource efficiency is the mind set of the proponents of the free market economy. Most free market economists feel that the existing markets are so close to perfection that any change in direction is not worth examining. The market economy, they consider, is driven by consumer preference as expressed through purchasing decisions. If a thing is worth doing, the market has already done it, and conversely, if the market has not done it, then it must not be worth doing. If people use less insulated and hence less efficient refrigerators then it is so because after careful consideration, they have decided that better insulation is not worthwhile.

Going by this logic, if a factory pollutes a river, it is because the factory's output benefits society more than the harm caused by pollution and that pollution abatement would cost more than the damage to environment and human health. This fatalistic dogma is false and causes immeasurable wastage of resources every year. It is possible for a device that uses energy more efficiently to cost less than the one which doesn't. Clever combinations of technologies can make big savings cheaper than small savings - contrary to the theoretical assumption that the more we save, the more each increment of savings must cost. Efficiency need not cost more.

To support this claim the authors of Factor Four use an illustrative example. A comparison of the market price of all household refrigerators on the Swedish market with their energy (electricity) consumption (both measured as per litre of interior space) shows that, amazingly, efficiency is unrelated to price. The most efficient model - ler 200 manufactured by Danish firm Gram - costs less per litre than some other models that use six times as much electricity.

Similar comparisons for other household appliances like freezers, washing machines and televisions, give the same result. Wiezsacker's team, however, adds that their intention is not to prove the economic theory useless but to warn that it must be used with caution, discrimination and healthy scepticism. Economic methods can be applied to overcome market failures and achieve worthwhile social outcomes.

A multi-pronged approach is needed to do this. First, it is vital that perverse incentive schemes be done away with, specially if they reward inefficiency and penalise efficiency. This specifically refers to the payment structure to professionals like architects, industrial designers, engineers and many others whose fee is based on or negotiated from the cost of the project. The higher the cost of the project, the fatter will be their fee so they have no incentive to introduce efficiency and cost-cutting into their work. If installing super windows in a house can considerably cut its cost, the architect might not be interested in doing so as his 'percentage' fees will also go down. The incentives, thus, should be governed by efficiency.

Another simple way to get better results is to introduce competition between solutions. To give an example, 96 per cent of employed people in the us drive to work in their own vehicles and are provided toll-free parking space by their offices. Now let us suppose the employer was to charge fair market value for the parking facility (which tends to be rather high in the us) and instead pay every employee a commuting allowance of equal value.

Then the employee can continue to drive to work, pay the parking fees and incur no net loss or gain. But many employees may eventually consider cheaper ways to reach office like car sharing or using public transport and pocket the commuting allowance paid by the employer. This would allow the public transport system to compete with private vehicles on a level playing field, there would be less cars on the roads, meaning less traffic and lesser pollution. As demand for parking declines, the employer can make a profit by leasing or selling the now excess parking space.

Residents of a typically water-wasteful household in the us consume around 303 litres of water per person per day. Water being a scarce commodity, specially in overpopulated urban areas, there is an immediate need to conserve it. If old plumbing is replaced by a new one which uses 6.8 litres per flush toilet and 11.3 litres per minute showerheads and taps, this consumption can be reduced as much as 35 per cent, the proponents of Factor Four claim.

These new technologies work well and need not cost the earth. An Australian dual flush toilet represents an 80 per cent reduction in water consumption over the traditional 22-litre flush toilet but retains clearing efficiency as its discharge of water is concentrated into a precisely aimed swirling pulse.

Besides better designed appliances, alternative water supplies can be used for efficient use of water. Using rainwater for all fixtures apart from taps would lessen pressure on public supply and even save soap as rainwater is very soft and very little soap is required for cleaning. In many parts of Hawaii, the Caribbean, Australia and some parts of Texas, even some new office buildings in Tokyo and the Tokyo Dome Baseball Stadium have rainwater collection systems.

Ultimately it boils down to a matter of common sense. If you pay your electricity, water or telephone bills before the due date you do not have to pay the late fee or surcharge. You can shell peas and watch milk boil at the same time in the kitchen. That way the milk will never boil over. You can also ensure that all doors are shut when an air conditioner is switched on and do not run a washing machine with only four clothes in it. There is no need to live an ascetic life. It is possible to use natural resources, technologies and human intelligence more productively.