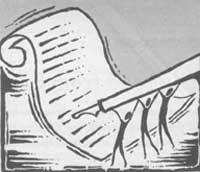 THE CONFERENCE has just ratified the Earth Charter, the name of which has been changed to the Rio Declaration on Environment and Development at the behest of developing countries. This puts environment before industrialisation, lays down the responsibilities of developed and developing nations and stresses that development has to be sustainable. The conference has also endorsed two other important documents: Agenda 21, an action plan for sustainable development, and a non-legally binding set of principles for sustainable forest management. All these documents can now be obtained from the UNCED secretariat in Geneva.

The run-up to Rio comprised a series of conferences which enumerated the views of different groups of countries on issues such as forests, environment and debt, climate and biodiversity.

An important document was produced by the South Centre in Geneva called Environment and Development: Towards a Common Strategy of the South in the UNCED Negotiations and Beyond. This argues that the South must demand adequate 'environmental space' for its future development and the international global scene should be so restructured that the South has access to resources, technology and markets for pursuing environmentally-sound development.

Another statement for the Rio summit came from the World Commission on Environment and Development under the chairpersonship of Gro Harlem Brundtland in April 1992. Our Common Future Reconvened lists nine imperatives for Rio. The statement clearly links the debt burden to the current distorted patterns of development. It calls on all aid-giving nations to meet the Official Development Assistance target of 0.7 per cent of their GNP by 2000: this would pave the way for implementing Agenda 21.

A region-specific joint communique was released in April 1992 following a meeting of ministers of environment of countries forming the South Asian Association for Regional Cooperation. The African Common Position on the African Environment and Development Agenda puts things in a political perspective. It was Africa's contribution to Agenda 21 and was finalised at the second regional ministerial-level conference in held Abidjan to prepare for UNCED. The statement recognises that Africa is the world's largest repository of biodiversity, both plant and animal, which has come under threat from poverty, mass illiteracy and a lack of sustainable means of production. Africa also runs the risk of becoming the dumping ground for 'scrap' western technology.

Agenda Ya Wananchi was adopted at the massive NGO conference called the Roots of the Future Conference held in December 1991 under the auspices of the Environment Liaison Centre International, Nairobi. The agenda suggests how people can directly control their future and eliminate governmental and multinational controls and how alliances can be built between citizen groups and other NGOs at both national and international levels.

The Centre for Science and Environment (CSE) organised the South Asia Summit in Delhi in February which was attended by 54 NGOs. The charter adopted here -- Equity: The Missing Dimension of UNCED -- spelt out the implicit inequities in UNCED negotiations and the various conventions. The statement expands on the link between poverty and the environment and describes points of conflict in the biodiversity convention.

Ministry of Science, Technology and the Environment
Government of Malaysia
Kuala Lumpur
Malaysia