End of epoch for Greens 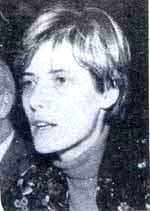 AS THE body of Petra Kelly, co-founder of Germany's Green Party and civil rights activist, was laid to rest in the Bavarian town of Wurzburg, the peculiar circumstances that led to her death have raised many disturbing questions about the future of Europe's green movement and its relation to the rest of the world.

The symbol of the Greens in the late 1970s and early 1980s, Kelly was reported to have been depressed by her lack of political impact, the fighting within the Green parties, the negative effects of the reunification of Germany and "the economic downturn which has cast a considerable pall over efforts to make green issues a government priority".

Kelly, 44, and her long-time companion and political ally Gert Bastian, 69, were found dead at their Bonn home on October 19, almost two weeks after their death. Although the circumstances leading to their death have yet to be confirmed, police believe Bastian shot Kelly in sleep before committing suicide.