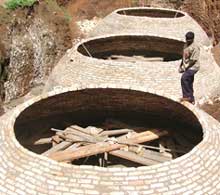 Biogas, an ecofriendly alternative to fossil fuels, has been criticised for releasing methane, a greenhouse gas that is 20-25 times worse than carbon dioxide in causing global warming. It was believed that if methane emissions exceed 5 per cent of biogas produced, then the use of fossil fuels would be preferable. But a new study says biogas would be preferable even if it gave off 10-20 per cent methane emissions