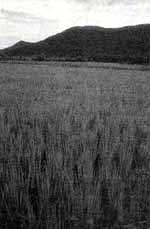 In a significant breakthrough, the Hyderabad-based Directorate of Rice Research has developed five commercially viable, hybrid rice varieties from indigenous species. Indian Council of Agricultural Research (ICAR) director-general V L Chopra claims this will make India "the second country, after China, to exploit hybrid vigour in order to give a large push to rice production". The hybrid varieties will be distributed in the paddy growing states of Andhra Pradesh, Karnataka, Tamil Nadu, Punjab and Haryana in time for the 1994 kharif season.

Work on the hybrid rice project started in the 1980s. Project director E A Siddiqui says Chinese varieties were tried out in India without success, necessitating the development of hybrids from entirely indigenous species. Although 350 strains were subsequently isolated, only 20-25 were selected for commercial yield trials. The five strains that have been selected for commercial use are expected to yield about 1.5-2 tonnes per ha, which is much higher than existing yields.

According to Chopra, 200 tonnes of the hybrid seeds will be sown in more than 10,000 ha. Plans have been drawn up to expand the area under hybrid rice each year, till it reaches 20 lakh ha by 2000. The seed requirement is consequently expected to rise from 200 tonnes to 40,000 tonnes in the same period.