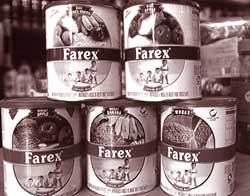 indian organisations that promote breastfeeding are protesting the proposed repeal of the Infant Milk Substitutes, Feeding Bottles and Infant Foods (Regulation of Production, Supply and distribution) Act, 1992 ( ims Act, 1992) by the Union ministry of food processing industries. The ims Act is among several other acts suggested to be annulled under the draft Food Safety and Standards Bill 2005, proposed by the ministry on January 15, 2005. The bill aims to integrate food laws and reduce multilevel licensing and other approvals, a long pending demand of the food industry.

But if the ims Act is repealed, companies manufacturing infant milk and infant food substitutes will be allowed to undertake such promotional activities that might derail the decade-long work of breastfeeding-promoting organisations. On February 10, 2005, nearly 30 such groups, including Breastfeeding Promotion Network of India (bpni), Indian Medical Association (ima) and Indian Academy of Paediatrics and National Neonatology Forum, held a meeting and sent a public petition against the move to the prime minister and President of India. They fear the repeal of the ims Act will endanger 60 million children less than five years old. Half of them are undernourished and 2.4 million of them die annually.

The ims Act was framed in keeping with the International Code for Marketing of Breastmilk Substitutes, adopted at the World Health Assembly in 1981. "It seeks to promote breast-feeding by curbing unethical marketing and promotional practices which denigrate mother's milk or interfere with breastfeeding,' says Jagdish C Sobti, senior paediatrician, bpni . "Only Sections 11(1) and 12 of the Act refer to food standards, which have been dealt by the Prevention of Food Adulteration Act, which is also in the list of the acts to be repealed. There is no conflict between the proposed law and the ims Act and so the ims Act should be left alone,' he adds. Experts suspect the role of infant-milk-manufacturing-companies behind the proposal to do away with the ims Act.