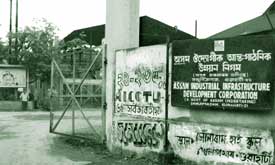 The Union cabinet will soon revamp the existing Northeastern Industrial Development Policy (neip). But the revision is very likely to be based on a flawed review of the existing policy.

The original neip was initiated by the Union ministry of commerce and industry's department of industrial policy and promotion (dipp) in 1997. The programme that aimed to generate employment and attract investment in the northeast was dogged by controversy since inception and in 2003, the dipp commissioned the Mumbai-based Tata Economic Consultancy Services (tecs) to review it. But serious question marks over the credibility of the report have now been raised.