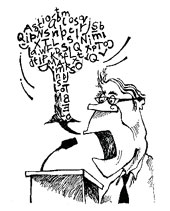 THE proposals for a global forest treaty were strongly opposed by southern NGOs, including the Centre for Science and Environment (CSE), New Delhi, at the fourth meeting of the Inter-governmental Panel on Forests (IPF-4) comprising more than 70 nations, which ended in New York on February 21. The IPF was formed following the Earth Summit in Rio de Janeiro in 1992, and its mandate was to evolve an international treaty on forest management. The recommendations will be finalised by the Commission on Sustainable Development and submitted to the UN General Assembly for ratification later this year.

Canada and 15 European Union countries have taken the lead in proposing a binding international treaty which would regulate activities like timber trade. A few developing countries like Malaysia, Indonesia and Uganda are also supporting this proposal. However, other developing nations such as Brazil say this is a bid by "loggers and traders to greenwash and promote their activities". One of the most debated issues at IPF-4 was whether to regard forests as national property or as global resource. Brazil, China and India, backed by other G-77 nations, argued that the problem was one of enacting and enforcing national legislation and, therefore, not open for discussion at the international level.

Although the treaty was supported by a few NGOs, a majority of environmental NGOs opposed it. A declaration by 23 groups belonging to several developing countries says, "A forest convention negotiated at this time will fail to address the predatory and unethical behaviour of transnational industrial timber corporations".

A CSE statement on the issue says, "The global forest convention will mean global policing of, the tropical forests.