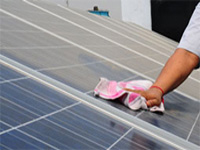 Due to the decline in the upfront capital cost, the cost of generation of solar power generation plant has become competitive with many conventional power generation technologies. It is also witnessed that the consumer tariff in various segments have achieved parity with the cost of generation of electricity generated from solar power plants and consequently, the decentralised mode for generation of electricity has increasingly accepted by all set of stakeholders. Further with the technological advancement, solar energy applications have widely accepted in off-grid mode of electricity generation as well as in thermal applications. Accordingly, the Government progresses to introduce this policy to harness the incident solar insolation on the State and to realise the potential benefit to the environment by deploying of solar plants.