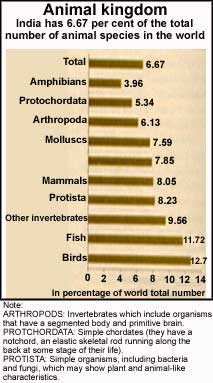 It is not the kind of death that makes a front-page story in a newspaper. Actually, it does not make news at all in most of India. Bhawani Ram is another name in the list of people who have been killed by wild animals. Had it been the killing of a tiger or an elephant, perhaps the media would have taken notice. Harsh, the 17-year-old son of the deceased, was surprised to see a reporter willing to hear his story. The young man was immersing his father's ashes on the banks of the river Kosi flowing along the western edge of the Corbett Tiger Reserve ( ctr ) in district Nainital of Uttar Pradesh.

The Down To Earth reporter had met Harsh two days after his father's death on October 10, 1998, in village Sunderkhal. It was well past midnight when a marauding elephant emerged from the surrounding forest and approached Bhawani's paddy field. He was sleeping in the machaan on a mango tree in his field.He woke up, saw the pachyderm, and ran towards his house, about 50 metres away. But the animal proved to be faster (see 'Dying on the edge'; Down To Earth , Vol 7, No 17).

People of villages in and around the protected forests of India have got used to such stories. Before 1973, when the Corbett forest was declared a tiger reserve, the villagers here could fend off the animals. "Earlier, we could defend our lives, cattle and crop. If needed, we could kill the plundering animals. Now, animals are protected, we are not," said Urvadatt Simwal, a resident of village Dhekuli, not very far from Sunderkhal. "The animals matter. We don't," says Bhuvan Ram of Sunderkhal.

Why are Indians, and the media in particular, so insensitive to such incidents? Probably because the victims are poor. And if anybody has to be sacrificed to the cause of nature conservation, it helps if they are poor. Yet wildlife and their habitat needs to be conserved. India's protected areas also habitats of people. Given this human-animal interaction, it could be said that India's environment is not pristine but even its most-protected areas are 'modified' environments. Hence, the issue is how this interaction can be managed.

The wealth to protect
India is classified as one of the world's 12 centres of mega-diversity in terms of animal and plant wealth. According to the Union ministry of environment and forests, the country has 6.67 per cent of the animal species in the world (see graph: Animal kingdom ). The plant species add up to a 12.53 per cent of the total number in the world.

However, several of these species are either facing extinction or are disappearing (see table: On the red ). According to the Indian Geosphere-Biosphere , a publication of the Indian Academy of Sciences, Bangalore, "Biodiversity would be most useful in meeting the challenges of the future, [such as] global climate change. This crisis of biodiversity has tremendous economic, social, scientific and also political implications. Therefore, there is an urgent need for an integrated strategy to save biodiversity." Clearly, if India is to enjoy the fruits of its vast ecological wealth in the future, there is a great need to conserve and consolidate its biological resources. And, given the complex mechanisms of life, it is important to base conservation strategies on sound science.

Most wildlife officials believe the only problem with the management of wildlife in India is shortage of funds for the various forest departments. Nobody seems to be inquiring about the basis on which the taxpayers' money, running into several crore rupees, is pumped into forest departments, which are known across the country for corruption. Moreover, the power given to them is absolute when it comes to management of protected forests.

The Wildlife (Protection) Act ( wpa ) of 1972, amended in 1991, prohibits human intervention in national parks ( np s), and allows limited intervention in sanctuaries. There are about 550 of these today, covering more than 4.3 per cent of the country's geographical area. For the thousands of people living in or around protected forests, the wpa hangs like a Damocles' sword.

Simplistic understanding
At the root of this problem lies the simplistic belief that all human activities are destructive to nature. That the only way to conserve "Nature" is to preserve it in its "pristine" state - as if human beings themselves are the original sin, an imposition on "Nature" rather than a part of it. "Down the ages, the word 'natural' has lent itself to all sorts of interpretations.... The most consistent image derived from the word has, however, been a romantic vision," according to David Wood, former director and senior scientist at the World Heritage Nature Reserve in Aldabra, Seychelles (see Keep forests... shall feed ; Down To Earth , Vol 4, No 15).

However, there is an increasing body of evidence to prove that human interventions have been crucial in the shaping up of large parts of the world's forests. According to a study by the Bombay Natural History Society ( bnhs ), cattle movement has helped maintain grasslands and wetland ecosystems for centuries. There is barely a piece of land in India where human interference has not existed. A clear example is the Valley of Flowers in Uttar Pradesh, where grazing by cattle had kept a check on the proliferation of a weed (see box: Valley of weeds ).

Yet, when a particular biodiversity area is declared protected, there is no effort to study the impact of human-nature interaction. Forests resources are their only means of eking out a livelihood, and if their use of forests had been destructive and unsustainable, there would have been no forests left by now. "While the government has taxed the local people to pay for biodiversity conservation, it has not guaranteed any benefit to the latter from this exercise," states the State of India's Environment: The Citizens' Fifth Report , published by the New Delhi-based Centre for Science and Environment (cse).

Alienation from their lands has spurred a backlash from affected communities. In some places, this has led to violation of protected areas by the inhabitants (see table: Conflict of interests). Moreover, forest departments actually force them into the jaws of poachers and smugglers, who exploit their knowledge of the area in their nefarious activities. At this rate, not only will India lose its ecological wealth but also have a large population of people reduced to the status of refugees in their own land, and the government will have to provide for them.

"The Northern model of conserving tropical forests by completely eliminating humans from them will spell ecological disaster," warns David Wood. "The most serious impediment to tropical forest conservation is the insistence that developing countries adopt the North American 'national parks' model. And despite repeated pointers at its drawbacks, this model still largely determines global conservation funding. The emphasis is on the protection of nature sans humans; the latter are inconsequential to the model, may be even detrimental to the great 'cause'. This :nti-people' conservation model for national parks derived from the us is, in fact, an echo, back from the colonial era. Africa and Asia had been the stage for its original practice."

Wood's opinions make the 'national park' strategy seem like a new brand of colonialism. He writes: "It has to be done, but let others do it: this is the attitude of the developed countries regarding conservation of global natural resources. The overall global balance has to be maintained, so they are pushing Southern countries to adopt their own model of policed conservation in 'nature parks'. This is because the North needs to keep its own lands and biodiversity resources free for procuring bountiful production of food, timber and export-crop, which they can then export to the South."

If this is the premise on which funds are disbursed, small wonder conservation efforts in India are so unpopular and self-defeating. "There is now substantial evidence that human disturbance is at least partially responsible for tropical ecosystem biodiversity," Wood points out. He gives the example of G T Prance, the inspector of Royal Botanical Gardens. In a 1992 report for the European Community Directorate General for Science, Research and Development, Prance stated: "A great deal of the Amazonian rainforest has been felled at one time or another by the Indians, as is evidenced by charcoal and pottery shards in many soil samples." And Amazonian rainforests are among the richest in biodiversity.

India, too, is a biodiversity 'hot spot'. And people have lived in this land for thousands of years. But there are very few scientific studies conducted to understand how ecological systems have thrived through the ages along with civilisation. There are not many readers of such studies, too.