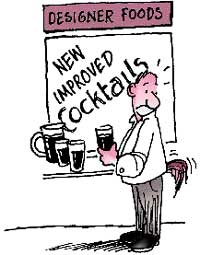 One of the major decisions taken by the Convention on Biological Diversity (cbd), which came into force in 1993,when over a 100 countries ratified the Treaty, was to work out a foolproof biosafety protocol. Even though Chapter 16 of Agenda 21 of the cbd document deals with the 'environmentally sound management of biotechnology,' the protocol still remains a distant dream. The third meeting of the open ended group set up by the Conference of Parties (cop -countries that have ratified the convention) for the development of a protocol met in Montreal in October, 1997. Due to lack of consensus, most of the text was bracketed, which will now form the basis for further negotiations when the group meets again in May, 1998. The sailing promises to be all but smooth.

The first major decision taken by the cop -1 held in November 1994 in the Bahamas was the establishment of an ad hoc biosafety working group because of pressure from g -77, China and some countries from the North. The ad hoc working group was set up to consider the need for and modalities of a biosafety protocol and sustainable use of biodiversity.

The countries of the South stressed the urgency of a biosafety protocol since multinatio-nal companies from the North had already started trials in these countries. Against this background, to protect the interests of the South, a legally binding protocol was essential. As expected, the us and the European Union preferred voluntary guidelines, to protect the interests of the powerful biotechnology lobby in their countries.

As a lot of money has been inves-ted in the biotechnology industry by top multinational corporations, who feel that it is now time to reap dividends, efforts to establish a protocol are being hampered. When these products are released, it will be like letting the genie out of the bottle. While environmentalists feel that assessment of the ecological impact of these products is far from complete, companies do not want to wait and are pushing their products. Moreover, impact assessment, which should be done on a case by case basis, is expensive and time consuming. Evidence against these products, however, continues to mount.

At the cop-2 meeting in Jakarta in November 1995, the us and eu insisted that the terms of reference be confined to a protocol on transboundary transfers, while g -77 and China wanted to ensure that aspects of safe handling and use were not entirely excluded. Limited success was however possible because of the untiring efforts of ngos. In 1991, when the cbd was being negotiated, the eu was insistent on the inclusion of a protocol. It changed its stance in cop-1, because Germany, France and the uk changed their mind. It was finally decided that a 'legal mechanism ensuring safe transfer, handling and use of living modified organisms and their products that may have adverse effects on the conservation of biological diversity' be worked out.

Christine von Weizsacker, a leading environment activist based in Bonn, Germany, and vice- president of the leading European environment group ecoropa is disgusted. " usa , which has not even ratified the cbd has no right to interfere. But still it is trying to sabotage the whole process of designing a biosafety protocol even when the cbd signatories agreed in 1995 to constitute a legally binding protocol. It sends the largest contingent to the cop for biosafey negotiations," she says. "The extremely strong biotech lobby in the us is devising a means of slipping through persecution if indeed a disaster due to biotech does occur," she adds. Legal experts and public relation persons from Monsanto, a premier biotech company, seed breeders and other chemical companies are present in all cops.

Though biosafety was not one of the issues discussed during cop -3 in November 1996 at Buenos Aires, the cop reinforced its support for a twin track approach through the promotion of the United Nations Environment Programme (unep) International Technical Guidelines for safety in biotechnology.

Progress in developing a suitable protocol has not been a bed of roses. Developing countries realise that the market is within their countries: whatever progress is made in transgenics in developed countries is going to be targetted towards them, posing serious threats to their environment and human and animal health. Though countries like the us , Japan and Germany have strict legislation in their own countries, they are putting spanners in the progress of the protocol. While the us has strongest liability rules for itself, it does not want the same at the international level. So, while the South insists that the exporting country bear the liability and risk costs, the North refuses. Always in need of food, Third World Countries are succumbing.

Falling like nine pins
Egypt and Brazil have already succumbed to the arm twisting. In July 1997, Egypt's health ministry caused an uproar when it issued a decree saying imports of commodities meant for human consumption had to be accompanied by proof that they were not genetically altered. In October, they ended up eating their words.

Egypt dropped the plan to require labels for imports of farm goods containing gmos - a result of "negotiations" between the Egyptian ministries of health and agriculture, and us agriculture secretary Dan Glickman. "Egypt has finally agreed that imported products not containing gmo s, or containing gmos approved for commercial marketing in the country of origin, do not have to be certified," Glickman said.

Brazil, caught in its trap of providing natural soybeans to other countries, is today facing a shortage in its own domestic industry. On October 8, 1997, Brazil authorised the import of 1.5 million tonnes of us soybean (containing at least 15 per cent of Monsanto's transgenic Roundup Ready Soya), thus, effectively overturning its import ban on gmo s. The decision was made under pressure from both the Brazilian processing industry and the us department of agriculture (usda).

Making millions
Monsanto is a big multinational company with a massive range of products. "Like all other companies, it is making sure that it does not sink even if biotechnology does, by splitting up the genetic engineering company from the chemi-cal branch producing herbicides and medicines," says Christine von Weizsacker, "European companies are following suit," she adds.

The company has been making waves, though not for the right reasons. Producer of a genetically modified soybean that is resistant to Roundup (a herbicide produced by Monsanto), the company is all set to storm the market in the eu. Soybean is used in 60 per cent of eu's processed foods, including soups, sauces, cakes, confectionery, packaged foods and vegetarian foods like tofu. By 1999, the company plans to launch 40 new biotechnology products for controlling plant diseases and increasing crop yields. The going, however, is not going to be easy for Monsanto. Greenpeace activists have called the company "a corporation of poisons, genes and swindle."

Trying to improve its image, Monsanto has employed public relations experts to underplay health and environment related issues. It has roped in a British advertising agency to persuade the consumers in the uk to accept genetically modified foods and to salvage its sagging image.