"Our objective is an open society" 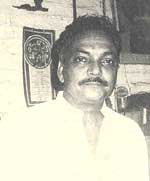 On the aim of his agitation:
Our broad objective is to accelerate the movement towards a freer economy and an open society. We are against state intervention in agriculture and so-called subsidies because the Indian farmer is taxed, not subsidised. Thus, our rally is not a counterpoise to Tikait's.

On Dunkel provisions:
It emphasises the importance of rural-urban balance as a structural precondition to a free trade system.

On a free-market economy:
A free market is not without problems, but it is the best we have. Attempts will be made to manipulate markets, but at this moment, the major stumbling blocks to Indian fanners are those put up by the government. Attempts by other countries to stop our exports is not a major problem as yet.

On Dunkel's impact on wage labourers and small farmers: Most farmers are linked to the market economy in some way. When sectoral terms of trade improve, everyone benefits. For instance,grape exports led to a wagb, J for the grape labour ,Vicrease ers of Sholapur.

On EPR's impact:
We are not pro-Dunkel, but antianti-Dunkel. I have no confidence in Indian scientists or intellectuals, who plagiarise rather than innovate. In pharmaceuticals and pesticides, theft of technology has not brought us any closer to the take-off stage but has only quashed indigenous research efforts. In Maharashtra, farmers once planted marigold around chillies to control pests, but now they depend on pesticides. Farmers are confident that technology transfer will not remain one-way for long, once trafficking by the urban elite gets stopped.

On allegations that Dunkel proposals will enslave Indians:
Delhi has enslaved farmers even though they have the same skin colour. If we have to be somebody's slaves, we prefer that they be more competent people.