Parks and poverty: The political ecology of conservation 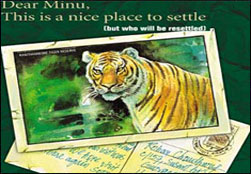 In 2004, the government of Ethiopia moved 500 people out of the Nech Sar National Park in the south of the country, before handing it over to be managed by the Dutch NGO, African Parks. The following year, African Parks signed another contract to manage the Omo National Park. The issue of evictions in these parks quickly became the subject of intense lobbying by international human rights NGOs. Such problems have been reported from many countries as the area protected has risen, doubling in the 1970s, 1980s and 1990s. By 2005, over 100,000 protected areas (PAs) covered more than 2 million sq. km., or 12 per cent of the Earth's land surface. Systems of protected areas existed in every country, wealthy and poor alike. The place of people in protected areas has been much discussed by academic researchers and human rights activists. For whom are parks set aside? On whose authority? At whose cost?