To save the future 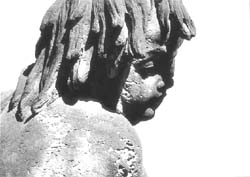 Human activities have made the sky a sewer. Subhash J Rele, writing in The Hindustan Times , estimates that each year, the global atmosphere is on the receiving end of 20 billion tonnes of carbon dioxide, 130 million tonnes (mt) of sulphur dioxide, 97 mt of hydrocarbons, 53 mt of oxides of nitrogen, more than three mt of arsenic, cadmium, lead, mercury, nickel, zinc and other toxic metals and a host of synthetic organic compounds, including polychlorinated biphenyls. There are also problems posed by the interaction among pollutants. In addition to contribution to acid precipitation, oxides of nitrogen can react with hydrocarbons to produce ozone, a major air pollutant.

Experts believe that if we use the latest technology available, such as the flue-gas desulphurisation technology, as is being done in Europe with existing and new power plants (coal and oil), an investment of Rs 72,910 crore per annum will be required to counter the acid rain problem in India after 2020. "But if we use basic control technology (emissions from large point sources controlled by domestic technology such as limestone injection), then India may require Rs 26,545 crore every year for pollution control measures,' says T S Panwar of the Centre for Environmental Studies, teri .

According to Varshney, a very concerted but determined effort is needed to produce environmentally clean energy by encouraging flue-gas desulphurisation technologies and also the use of low- no x burners. "It is high time we institute a dependable monitoring network for measuring acidification of rainwater in order to remedy the problem as it develops,' he says.

In India, almost 70 per cent of coal produced is used by power stations. "If India develops a technology to provide desulphurised coal to power stations, a major part of the acid rain problem would be addressed,' says Nyati.

According to S N Kaul, director, National Environment Engineering Research Institute ( neeri ), Nagpur, "We have developed a technology to remove sulphur from coal. Until today, it has only been demonstrated in the laboratory. There is a need to conduct a pilot plant study before making the technology available for mass use.' But there are reports that Western Coalfields Limited and the Union ministry of environment and forests ( mef ) have already turned down neeri 's proposal to fund the setting up of a pilot plant project in this regard.

Experts say that it is important to address the problem of urban air pollution as well. According to a Supreme Court order, all the refineries will have to produce diesel with a sulphur content of less than 0.25 per cent by the end of 1999. Another apex court judgement of July 1998 orders replacement of all pre-1990 autos and taxis with new vehicles running on cleaner fuels, no eight-year-old bus to ply except on compressed natural gas ( cng) or other clean fuels and replacement of the entire Delhi Transport Corporation buses to cng by 2001. The Delhi government has also been asked not to register any new diesel taxis.

Despite this, the number of diesel vehicles is growing with most automobile manufacturers introducing diesel versions of their products. No day goes by without an automobile company introducing a variant running on the cheaper fuel. Manufacturers are confident that the temptation to possess a car with a running cost almost as cheap as that of a scooter will be too much for a car-buyer to ignore. This fuels their drive to produce more diesel cars. The power situation in the country has also set off a spurt in the sale of gensets