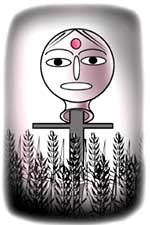 women's rights received a shot in the arm with the Hindu Succession (Amendments) Bill, 2004, passed in the Lok Sabha on August 29, 2005, which guaranteed over 400 million Hindu women in India equal rights over agricultural land and joint property in the Hindu Undivided Family (huf). The bill grants women coparcenary in huf; they have equal rights even in their grandfathers' properties, which was denied to them earlier. The bill was approved by the Rajya Sabha on August 16, 2005, and awaits the President's approval.

"This is a landmark legislation as it allows women access to her and her family's livelihood through ownership over agricultural land,' says Shalu Nigam, a legal expert with the Centre for Women and Development Studies (cwds). The Hindu Succession Act, 1956, denied women's claim over agricultural land through succession to prevent fragmentation of land and avoid complications in fixation of ceilings and devolution of tenancy rights. Based on the medieval Hindu