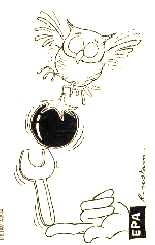 US PRESIDENT-elect Bill Clinton's appointment of Carol Browner as administrator of the Environmental Protection Agency (EPA) is a clear signal that the new US administration will move aggressively on environmental issues.

Browner, 36, has excellent credentials for this key job, whose main challenge will be to settle the thorny issue of jobs versus environment. After an apprenticeship as legislative director with US vice-president-elect Al Gore, she became head of the Florida Department of Natural Resources and pushed through a plan to rescue the endangered Florida Everglades National Park.

The federal water and waste disposal laws, implementation of the Clean Air Act, dispute over wetlands use and pesticide rules and agriculture-versus-environment are but some of the contentious issues awaiting Browner. Warned National Audubon Society president Peter Berle, "There are no easy issues at the EPA."

Despite not having a business background, Browner will nevertheless be expected to give both agriculture and industry a hearing. Though industry officials have promised to work with Browner, they have cautioned the new US administration that environment should not be favoured over economy.