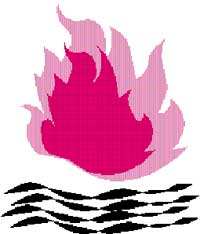 petrol from water? That too in India, a country surrounded by water on all three sides! Imagine the entire world's petro-dollar industry becoming petro-rupee? No jokes. No magic. A young Indian farmer showed how to do it, leaving awestruck the top scientists of some of the most respectable institutions in the country.

On July 16, 1996, a group of unusual visitors came to meet some of the top officials of the Union ministry's department of science and technology (dst). The group included the inventor Kannan (not his real name), a small farmer from a remote village in south India. In a public demonstration the next day, Kannan showed the officials how the fuel is made. He added some leaves he had brought with him to a bowl of hot water, along with a few salts and a few drops of what he called an