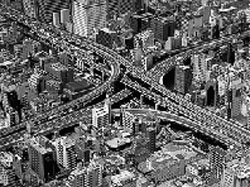 a long-running court battle in Japan over air pollution from highway traffic ended in December 2000, with an out of court settlement. The Japanese government and the Hanshin Expressway Public Corporation agreed to cut vehicle exhaust emissions in return for a withdrawal of compensation claims from a group of residents of Amagasaki, Hyogo prefecture. More than 340 residents of Amagasaki, who are suffering from asthma, said that their present health state is a result of vehicle exhaust fumes. They had demanded us $80 million in compensation and a cut in exhaust emissions. The residents had filed the suit in the Kobe district court in 1988. The government and the corporation agreed to cut emissions and accepted that the fumes can cause respiratory diseases. In an another case, a district court of Nagoya ordered the government and 10 companies to pay us $2 million in compensation to some residents of the city who had health problems due to vehicular pollution.