Has the flood opened their eyes? 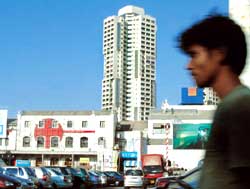 a recent Bombay High Court (hc) order is expected to bring some respite to the much-exploited mangroves in Maharashtra. On October 6, 2005, chief justice D Y Chandrachud said, "This order is passed to prevent further destruction of mangroves and to ensure the conservation and rejuvenation of mangroves in the state of Maharashtra.' It includes a total freeze on the destruction and cutting of mangroves in entire Maharashtra "with immediate effect'. Garbage cannot be dumped into mangroves, and there can be no construction 50 metres on each side of a mangrove belt. No authority can permit development in mangrove areas, and all obstructions impeding mangrove growth, as well as those that impede seawater ingress, are to be removed.

The order comes in the wake of many public interest litigations (pils) filed in the hc seeking directions to protect mangrove cover. The petitioners argued there are about 18 major estuaries along the state's coastline, harbouring some of the biologically richest mangroves. Petitioners identified five areas facing indiscriminate mangrove destruction