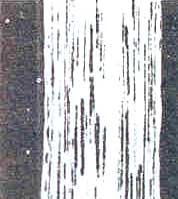 THE bullets were not meant to kill rice cells; they were aimed to impart resistance in them to fight off a destructive menace - bacterial leaf blight, a disease that routinely destroys rice crops around the world. Researchers led by Pamela Ronald from the University of California, us, recently performed this genetic engineering feai, which opens up new vistas in agriculture.

Though it is not the first time that plants have been modified genetically to ward off diseases, it is the first time that disease resistance has been introduced in cereal crops. The achievement is all the more significant as rice constitutes half the world's staple diet and "so may be the most important plant on earth", feels Ko Shimamoto, a Japanese geneticist. Earlier, plants like tomatoes and beans were manipulated to enable them to, resist the leaf blight disease.

Leaf blight is one of the worst bacterial plant diseases that infects a range of cultivated plant species including cereals, tomatoes and Walnuts. The disease causes browning, death and falling of leaves. All efforts to breed resistance in cereal plants had so far met with limited success in the past.

The breakthrough involved the transferring of a gene that immunises the wild African rice plant against leaf blight, into edible rice plants. " We are taking,a naturally 9ccurring resistance gene and putting it into a rice line that lacks it," says Pamela Ronald. The procedure adopted to isolate the gene from the cell of the wild African rice plant was well designed. Out of the 24 chromosomes that the rice cell bears, chromosome I I was found to have profiles similar to known resistance genes. Using a miniature particle giln, the researchers shot snippets of the chromosome 11 into the nucleus of the rice cells of the non-resistant variety. The aim was to identify the specific resistance gene on this chromosome.

By growing the treated strains in a greenhouse and subsequently exposing the seedlings to leaf blight, scientists zeroed in on the gene that is highly resistant to the leaf blight. Christened xa2l, the gene was sequenced and the mechanism by which it helps keep the destructive bacteria at bay, was worked out. The gene has been found to secrete a protein receptor that straddles the rice cell membrane. The receptor, on, encountering the leaf blight bacteria, sends an alarm to which the cell responds by deploying strong defence mechanism.' Toxic substances are then sent to the cell surface that kill the bacteria.

"Now that the gene has been isolated, it can be put into many rice varieties," says Ronald. Scientists, are hopeful that it can also be inserted into other cereal plants. Meanwhile, field testing of the transformed rice plant will begin in California this year, followed by the Philippines and China next year.