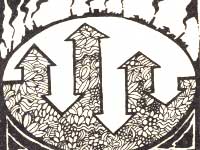 THE biodiversity convention is ready for signature at the Earth Summit. But from the negotiations just concluded in Nairobi, it is clear that the South is in for a bad bargain. It stands to lose access over its biodiversity - plant and animal genetic resources - while it gains only loosely worded promises that it will get access to the North's biotechnology - based on the genes that come from its farms and forests. The South will get $200 million as aid to help it protect its forests. Yet major industrialised countries, USA, UK, France and Japan have expressed extreme unhappiness with the convention and are not likely to sign it in Rio. This may mean that even the agreed $200 million, which itself is only a fraction of the profits that Northern industries earn from the use of the South's biological resources, may not be available.

The convention does not just talk about conservation of biodiversity, it also has provisions for access to the South's genes. This commercial aspect of the convention was the most sensitive issue during the negotiations. The convention recognises the sovereign right of the states over their natural resources - a right bitterly fought for by developing countries whose biodiversity would have otherwise become a global common resource. But undermining this, the same article summons governments to "create conditions to facilitate access to genetic resources ... by other contracting parties and not to impose restrictions that run counter to the objectives of this convention."

The South demanded that in return for its genes it must get access to the biotechnologies developed from them. After long and acerbic discussions, the agreed text says that the countries providing the genes can also secure technology, and that access to technology "will be provided and/or facilitated under fair and most favourable terms, including on concessional and preferential terms where mutually-:greed..." But the convention says that this transfer of technology, including technology protected by patents and other intellectual property rights will be transferred "in accordance with international law." It further says that recognising "that patents and other intellectual property rights (IPRs) may have an influence on the implementation of the present convention," countries shall cooperate to ensure that these rights "are supportive of and do not run counter to the objectives of this convention." This article on technology transfer has been opposed by USA which sees the convention as violating its intellectual property rights and also restricting its free access to genetic resources.

But how the IPRs will be changed is not clear and so leaves a big question mark. The convention raises a serious dichotomy with the Northern proposals on IPRs under GATT. Indian ministry of environment officials maintain that "they were negotiating for a set of fair principles and that modalities would follow later."

To ensure their control over the funds, the North insisted on the donor-controlled Global Environment Facility (GEF) as the mechanism for tranferring funds, which India and Malaysia took the lead to reject. Several Southern countries supported this in private but refrained from public criticism fearing loss of future funds. Some industrialised nations openly suggested that India and aysia should be isolated in thegqtiations. A few Northern countries did accept the criticism of the GEF but said that the creation of a new mechanism could delay the flow of funds by several years before their legislatures could pass appropriate laws.

Finally, a compromise was accepted - a modified GEF as an interim mechanism until a new institutional structure was established. But this too has annoyed several industrialised countries, which feet that convention signatories should only "guide" GEF and not "instruct" it.

Local communities and tribals have not gained anything for all their knowledge and efforts to protect the world's biodiversity. The convention suggests no mechanism for sharing benefits with them. It simply says that governments should "subject to national legislation promote the knowledge of indigenous and local communities .... and share equitably the benefits arising from the utilisation of such knowledge." But this traditional knowledge must be shared across the world. The convention calls for promotion of f 'ree exchange of information from "all publicly available sources". "It is the most arrogant process I have seen," said an NGO delegate. "Governments are negotiating on behalf of local communities without even- informing them."

The idea of drawing up a Global List of Protected Areas, which appeared in the draft treaty, was finally dropped. Instead, each country will put together its own list of protected areas which eventually will become a global list. The dropping of the global list angered France which was keen on it.

"There is no such thing as a perfect solution," said UNEP's chief Mostafa Tolba at the start of the negotiations. This is exactly what the world now has - an imperfect convention for the leaders to sign in green Rio.