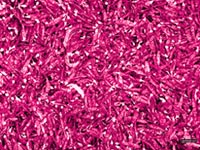 the Spices Board India (sbi) in Kochi, Kerala, has identified 43 villages in Guntur district of Andhra Pradesh to grow residue-free chillies using the integrated pest management (ipm) system. The move is a part of the board's strategy to encourage farmers to totally avoid the use of chemicals in the cultivation of chilli to gain greater access to the domestic and international markets.

To grow residue-free chillies, farmers have to avoid or cut down the use of chemical fertilisers, pesticides and insecticides. This would regulate the presence of aflatoxin (a naturally occurring carcinogen produced by a fungus in the soil), the presence of which is regulated in some industrialised countries. A demonstration of ipm, undertaken under a project by the un Development Program in Andhra Pradesh, had proved that reducing the number of sprays to an absolute need basis not only reduced the cost by 30-35 per cent but also increased the farmer's income by 40-50 per cent through better prices.

Earlier last year, the eu, which accounts for 7 per cent of India's chilli exports, had banned consignments of chillies from India due to the presence of a carcinogenic colourant