The idea of a clean city 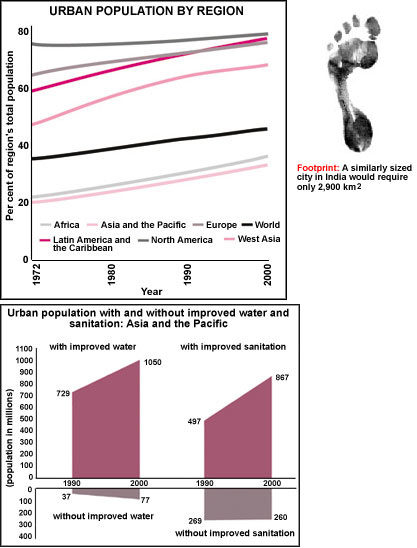 >> 1,200 million more people in developing nations were living in urban areas in 2000 as compared to 1975. In next 30 years another 2000 million people will be part of the urban 'experience' in these countries

>> In cities of the developing world, one out of every four households lives in poverty

Footprint: A typical North American city with a population of 650,000 people requires 30,000 km2 of land, to meet its domestic needs. That too without including the environmental demands of the industry

But things are also looking up a bit...

>> The European Union is even contemplating making noise maps of different regions to regulate the nuisance.