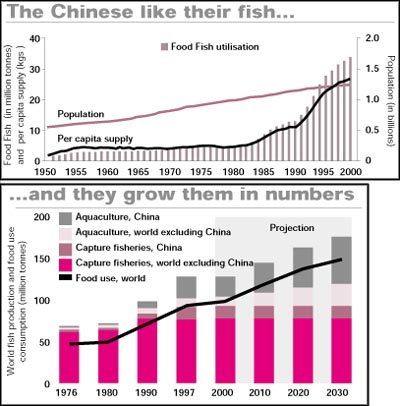  China is the largest producer and consumer of fish. Its zero growth policy for capture fisheries since 1998 will prevent the depletion of fish stock, while most of its future demand will be met through aquaculture

 But, China would account for five per cent of the expected 13.7 mt increase in the world's capture fisheries from 1997 to 2030. Latin America and the Caribbean will responsible for most of the increase