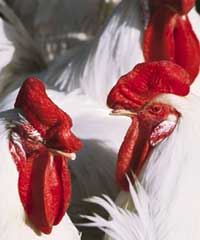 india's encounter with avian influenza seems far from over. Navapur in Maharashtra, where the avian influenza first broke out in January this year, had barely started breathing a sigh of relief at the containment of the deadly virus when a veterinary laboratory in Bhopal announced the presence of the pathogen in samples collected in Jalgoan district, 140 km away.