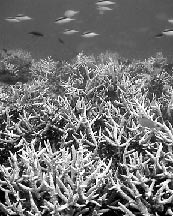 climate change is triggering widespread outbreaks of diseases among wildlife along with spreading tropical diseases in human habitations previously unaffected by them. These were the findings of a comprehensive two-year study conducted by National Centre for Ecological Analysis and Synthesis (nceas), a California-based research institute. The study is the first to analyse disease epidemics across the entire plant and animal systems, both on land and in the oceans.

Frosts and cool periods can cut insect, parasite and fungus pest populations by up to 99 per cent. But global warming has resulted in mellow winters that are followed by long spells of warmth and humidity. Such climatic conditions are providing perfect conditions for the survival of disease parasites. To provide scientific evidence for this alarming situation, the nceas research team used hotspots of El Ni