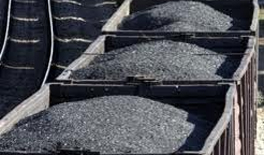 This report exposes the environmental damage and human rights violations against tribal and other forest dwellers in the forests of Singrauli in Madhya Pradesh, that are under threat from the Indian government’s massive coal expansion programme. The report calls for a moratorium on coal mining, highlighting the violations of constitutional rights of forest communities. Kalpavriksh and Greenpeace came up with this report after speaking to over 500 forest dwellers that are among the thousands who face forced eviction from their traditional lands to make way for the existing and proposed coal mines in the Singrauli region.