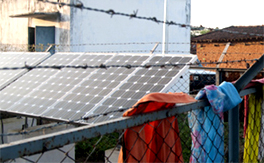 This draft solar policy released by Delhi government's advisory body Delhi Dialogue Commission (DDC) recommends generation of 1,000 MW solar power for the national capital by 2020. It is proposed to double it to 2 GW during the next five years (by 2025)

Delhi Power Minister released a Delhi Solar Energy Policy 2015 draft aimed at generating 1,000 MW solar power in the next five years. To promote solar energy, solar panels will be installed on the roof-tops of every government buildings and we'll start with Delhi Secretariat. The draft policy outlines a combination of regulations, mandates, incentives, and tax breaks for the growth of roof-top solar power in the capital. Delhi government's financial assistance for solar energy will not take the form of capital subsidies but low-cost financing options for all consumers. The draft policy promotes net metering for all solar plants above 1 kW based on the net metering regulations issued by the Delhi Electricity Regulatory Commission in 2014. The policy mandates the deployment of solar plants on all government-owned roof-tops in the next five years and requires DISCOMS to meet at least 75 percent of their solar renewable purchase obligation within Delhi. It also provides a generation-based incentive of Rs.2 per solar energy unit in the domestic segment for three years. In addition, it calls for the exemption of electricity tax on solar energy, and waives VAT on all solar plant components, including solar panels and solar inverters, for five years.