Directions Issued under section 18 (1)(b) of Air (Prevention and Control of Pollution ) Act, 1981 regarding prevention, control or abatement of air pollution and improvement of Ambient Air Quality in Delhi and National Capital Region (NCR) 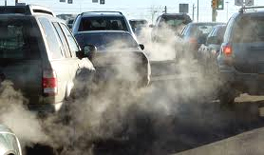 To improve air quality in Delhi and the National Capital Region (NCR), the Central Pollution Control Board on Dec 30, 2015 issued directions  to State Pollution Control Boards of Delhi, Punjab, Uttar Pradesh and Rajasthan to immediately begin taking actions against visibly polluting vehicles and open burning of biomass, leaves, tyres and other such items.

The Centre issued directions, to all agencies falling under Delhi airshed area, under Section 18 of Air Act, 1981, to control air pollution and improve the Ambient Air Quality in Delhi and National Capital Region (NCR). Minister of State (Independent Charge) of Environment, Forest and Climate Change, said that directions to control vehicular emissions include - immediate action against visibly polluting vehicles, carrying out checks of overloaded vehicles, ensuring No Parking in non-designated areas, decongestion of pathways, promoting battery-operated vehicles and considering introduction of flexi/staggered timings to minimize peak movement of vehicles. The Minister also said that mechanized sweeping of roads will be introduced to control dust on the roads. He added that to control air pollution from construction and demolition activities, municipal agencies have been asked to undertake water sprinkling and putting up curtains and barriers. He pointed out that to control air pollution arising from biomass burning, the ban on burning of agriculture waste and crop residues will be strictly enforced. Directions have also been issued to ensure strict action against unauthorized brick kilns in an effort to control air pollution caused by industries.