Status of tigers and prey in Valmiki Tiger Reserve

Judgement of the National Green Tribunal regarding mining activity and construction within the Valmiki National Park and Wildlife Sanctuary, West Champaran district, Bihar, 18/02/2016 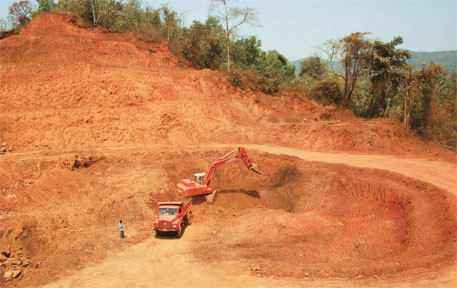 The state of Bihar would not permit any mining or commercial activity in the entire area of Valmiki National Park and Wildlife Sanctuary measuring 2,11,535 ha ordered the National Green Tribunal (NGT) in this 14-page judgement.

Tigers of the trans-boundary Terai Arc Landscape: status, distribution and movement in the Terai of India and Nepal

While the conservation of tigers is emphasized in protected areas throughout their range countries, the species continues to be distributed in forests of varying protection status, and in habitats that span international borders.

Reliable estimates of status and population trends are critical for the conservation of large terrestrial carnivores as they play an important role in evaluating effectiveness of conservation efforts and also provide benchmark data for future management decisions.

NEW DELHI: Amid reports of decline in tiger population across the country, positive news has emerged from the once-neglected Valmiki Tiger Reserve in Bihar, along the India-Nepal border.

At least eight cubs have been born in the reserve since 2005, including two new cubs whose sightings were reported earlier this month, according to the Wildlife Trust of India (WTI).