As for the future 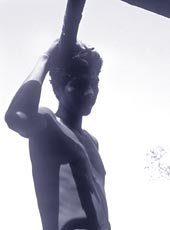 Democracy and self-rule remain elusive in tribal India. The main reason: India has no policy for its tribal people. Though the constitution acknowledged the special situation of tribal communities, it did nothing more than create some special windows of representation according to the population proportion. Result: the overall approach of the Indian State to the tribal communities has been the same as that of the colonial governments. There has never been a serious and comprehensive rethink.

Take the example of the Fifth and Sixth Schedules. The Fifth, governing tribal areas in central India, mandated the creation of a TAC in every state with substantial tribal populations. Babulal Marandi, former chief minister of Jharkhand, held only one meeting of the TAC in his two-year tenure. He told Down To Earth he is a tribal and knows what is best for tribals, so he didn't feel the need for further meetings. But even if it meets, the TAC is only a consultative body with little or no powers. Andhra Pradesh has already shown how a TAC can be made totally servile and used as a weapon to counter democratic institutions that might defend tribal interests.

Even the Panchayats (Extension to Scheduled Areas) Act of 1996 (PESA, applicable to Fifth Schedule areas) is fraught with contradictions. It gives significant ownership rights over natural resources to the gram sabha of a tribal village. Yet bureaucrats complain that the Act can never be really implemented. For example, the legal custodian of forest is the forest department. But PESA makes the gram sabha the owner of minor forest produce. In the first case the government passed the Act without any discussion. Secondly, powers have not been defined clearly. Jharkhand has passed its own legislation to implement PESA. But this has been widely criticised for violating the spirit of the Central act. Alex Ekka of the Indian Social Institute describes the Jharkhand act on PESA as "anti-people'. He gives the example that the state's legislation does not mention that the gram sabha has to consulted before any acquisition of land for development projects.

The Sixth Schedule, which applies to states in the Northeast, is a far better instrument of self-rule than its Fifth cousin. Its main feature is the creation of autonomous districts governed by Autonomous District Council (ADC), which has substantial executive, legislative and judicial powers. For example, it mentions that administration of justice should be based on codified customary law in Sixth Schedule areas. Jayant Rongpi, Scheduled Tribe member of Parliament from Karbi-Anglong in Assam, says ADCs have made no efforts to codify customary law in the state despite repeated pushes.

The report of the first constitutional commission to review the working of the constitution in the Scheduled Areas, formed in 1960 under U N Dhebar, has been the basis of the tribal development programmes. In 2002, a second commission was created under Dilip Singh Bhuria, former member of Parliament who quit the Congress in 1996 to join the BJP. Ram Dayal Munda, anthropologist and an ideologue of the Jharkhand movement, says: "One major contribution this commission can make is to come out with a clear policy for the government on tribals in India.' One of the issues that the commission is reviewing is the vexed issue of tribal rights to forestland. Several politicians and chief ministers have voiced the demand for amending the Forest (Conservation) Act, but their motivation is nothing beyond short-term political gain at the cost of country's ecology. As yet, politicians have little stake in solving the forestland issue