Get your own vaccine 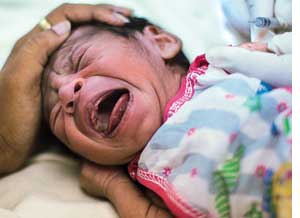 Down To Earth filed an RTI application to find out the reason of vaccine shortage in India. The response revealed how a plan to promote private vaccine makers boomeranged. The health ministry was forced to get vaccines illegally from the very public sector manufacturers it suspended last year

Shuvam Kumar lay on an iron cot in the tetanus ward of the Nalanda Medical College and Hospital in Patna, Bihar. After four days in the hospital, with stiff jaws and high fever, the two-year-old was too weak to cry when the nurse gave him an injection. There is little hope left of his survival, the family had been informed. His father, a labourer in Galurghat village in Gaya, regrets not getting Shuvam to Patna for the tetanus vaccine immediately after he stepped on a nail in the village. Shuvam was not administered the vaccine after birth either. The vaccine is not available in the village.

Rickshaw pullers outside the hospital refer to the tetanus ward as the bachcha murda ghar (morgue for children). Last year, 700 patients suffering from tetanus, diphtheria and whooping cough were admitted to the hospital. 300 died. The deaths happened because as infants they were not given the essential vaccines, the head nurse said as she stacked the patient record register among other files in a rusted iron rack (see box