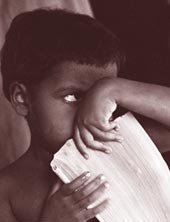 At Down To Earth (DTE) we believe that truth withheld is truth denied. Fresh evidence suggests a web of lies and deceit was weaved to declare that the pesticide endosulfan is not responsible for the horrendous mutations and ailments that many in the villages of Kerala’s Kasaragod district are suffering from. These villagers, living in the shadow of cashew plantations, have been exposed to the toxin which was sprayed aerially for more than two decades. But industry maintains that the health problems are not related to the pesticide. It claims the culprit is anything but endosulfan. With the controversy embroiling the organochlorine pesticide raging, in 2002, the Union government set up an expert group