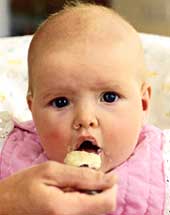 on november 22, 2005, the Nestle group withdrew liquid baby milk products from five countries in the European Union (eu). This follows the discovery of chemical ink in the milk product's packaging by Italian health authorities, in September this year. They confiscated around 30 million litres of baby milk produced by Nestle on November 22.

Switzerland-based Nestle has withdrawn its product from Italy, Spain, Portugal, France and Greece. But it maintains the chemical substance in the packaging is not harmful. In September, Italian authorities had informed the European Commission's (ec) rapid alert system about traces of a chemical substance isopropyl thioxanthone (itx), in some of the milk samples tested in an Italian laboratory. itx is used in printing the company's logo and design on the milk cartons. The manufacturer of the cartons, Tetra Pak, said it replaced itx in October once it discovered the problem. It stated that the eu did not prohibit itx use in food packaging though it did require that food contact materials should not migrate into the products meant for consumption.

Italy's report made the ec direct European Food Safety Authority (efsa) to do a detailed study of the chemical. efsa said the test results would not be ready until April next year. The first seizures took place in Italy on November 9. Subsequent tests by Italian authorities found products with an expiry date of September 2006 to be contaminated, leading to a large-scale seizure on November 22, 2005. "This is a packaging issue not a product issue,' says Fran