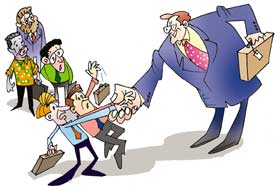 The World Trade Organization (wto) was supposed to be the driver of free trade in a globalised economy. But this does not seem to be the case. Regional trade agreements (rtas) seem to be ruling the roost. Two hundred ninety rta s are now in force. rtas are popular among industrialised countries and developing countries are being coaxed to sign such agreements without understanding their ramifications. What then will be the fallout?

According to economist Jayati Ghosh, "If rtas promote faster trade creation, they also destroy employment opportunities.' The example of North American Free Trade Agreement (nafta) between Mexico, Canada and the us is a case in point. nafta saw Mexico's merchandise trade with the us increasing by 75 to 80 per cent between 1992 and 1996, and after 10 years of nafta, there was a 300 per cent import surge in corn and 500 per cent surge in soybean, wheat, poultry and beef import. This resulted in 1.7 million farmers losing their jobs. But trade economist Jack O Neil, who is with finance major Goldman Sachs, feels, " rtas are faster ways to promote trade and economic growth. The benefits ultimately trickle down to the poor.'

rtas are also a problem area with respect to trade diversion. "When rtas come into existence, demand shifts from efficient producer to inefficient producer who are members in rta because of lower tariffs. Hence, the countries that do not participate in rtas are at the receiving end,' says Prabhas Ranjan, trade researcher with Centre for Trade and Development.

Organisation of Economic Co-operation and Development (oecd) nations prefer rtas, especially in the case of developing economies. They have obvious advantages. Bilateral trade agreements (btas) and rtas enable them to dictate trade norms in their favour.

Developing and least developed world lobby against tariff cuts and market access demands at wto forums, but when it comes to preferential trade agreements (ptas) such as btas and rta s, they give not only unconditional market access but also allow for provisions in favour of the industrial partners . And thus the wto plus norms. The wto plus norms under ptas has provisions such as national treatment for foreign investors, investor state dispute settlement mechanism, stricter Intellectual Property Rights regime, and increasing patent term from 20 to 50 years. "Free trade agreements (ftas) between unequal economies from north and south stumble trade,' says trade economist Surbhi Mittal.

The us and eu have struck a number of such agreements with several African countries. They have had no positive results. "Despite all the rationale behind north-south ptas, they are gaining currency because of aid-for-trade situation,' says economist Robin Koshy.

The oecd countries have used aid-for-trade to gain greater market access from their poorer counterparts. Once theay find unconditional access, their subsidised cheaper exports ruin the economy of developing countries. At this stage, even if the poor country has access to the rich countries' markets, they can do little. Many argue that industrialised countries sacrifice a lot to imports from their southern counterparts. But such examples are rare. When Japan signed fta with Thailand, it excluded rice from the deal by placing it under sensitive product list, despite rice being Thailand's biggest export.

But having said this, rtas continue to exist. The most common reason cited for this is the frequent failure of wto talks. Many developing countries subscribing to World Bank and International Monetary Fund funding are forced and advised to go for opening their markets through ptas for faster economic growth. This is because, there are some rta s that are successful. Trade agreements between the Association of South East Asian countries are considered highly successful. The success of this arrangement is due to the south-south nature of it. Since the economies of production match among the eleven member countries, it's not trade distorting. The congregation in fact protects the member countries against exploitation by the north.

India is party to numerous ptas: South Asian Free Trade Agreement, draft fta with asean, and ftas with Singapore, Thailand and Sri Lanka. But experts are sceptical of such agreements because the services industry is not included. "India must protect the interests of agriculturists, small scale producers and labourers, while signing rtas,' says Ghosh.