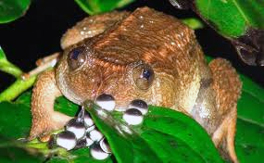 This Compendium of Environment Statistics 2011 published by the Ministry of Statistics and Programme Implementation is the twelfth edition of its series and covers five core parameters - biodiversity, atmosphere, land/soil, water and human settlements.

The Compendium of Environment Statistics 2011 is the twelfth edition of its series, which initially started since 1997. It broadly covers the five core parameters, viz., biodiversity, atmosphere, land/soil, water and human settlements suggested by the Framework for Development of Environment Statistics (FDES) published by United Nations Statistics Division (UNSD) in 1984. The FDES sets out the scope of environment statistics by relating the components of the environment to information categories that are based on the recognition that environmental problems are the result of human activities and natural events reflecting a sequence of action, impact, and reaction. Through this annual publication, CSO is trying to bring out the environment related information to the extent to which the data exhibit the pattern of changes and their magnitudes in the Indian context.