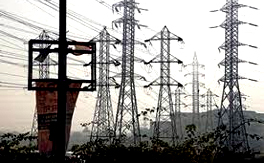 Energy [R]evolution 2012 provides a consistent fundamental pathway for how to protect our climate: getting the world from where we are now to where we need to be by phasing out fossil fuels and cutting CO2 emissions while ensuring energy security. The Energy [R]evolution Scenario has became a well known and well respected energy analysis since it was first published for Europe in 2005. This is the fourth Global Energy [R]evolution scenario; earlier editions were published in 2007, 2008 and 2010. The evolution of the scenarios has included a detailed employment analysis in 2010, and now this edition expands the research further to incorporate new demand and transport projections, new constraints for the oil and gas pathways and techno-economic aspects of renewable heating systems. While the 2010 edition had two scenarios – a basic and an advanced Energy [R]evolution, this edition puts forward only one; based on the previous ‘advanced’ case.