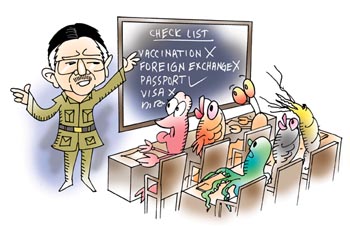 the European Union (eu) banned 11 Pakistani export firms from exporting seafood to eu countries in February citing unhealthy and unhygienic conditions at Karachi port in Sindh province. This is the only port through which maritime exports are routed.

The shipments of the de-listed exporters will not be accepted after April 12, 2007. This decision came after a three-member team from the eu visited the Karachi Fish Harbour in January 2007 to inspect the conditions prevailing at the harbour.

This is a huge loss to the country